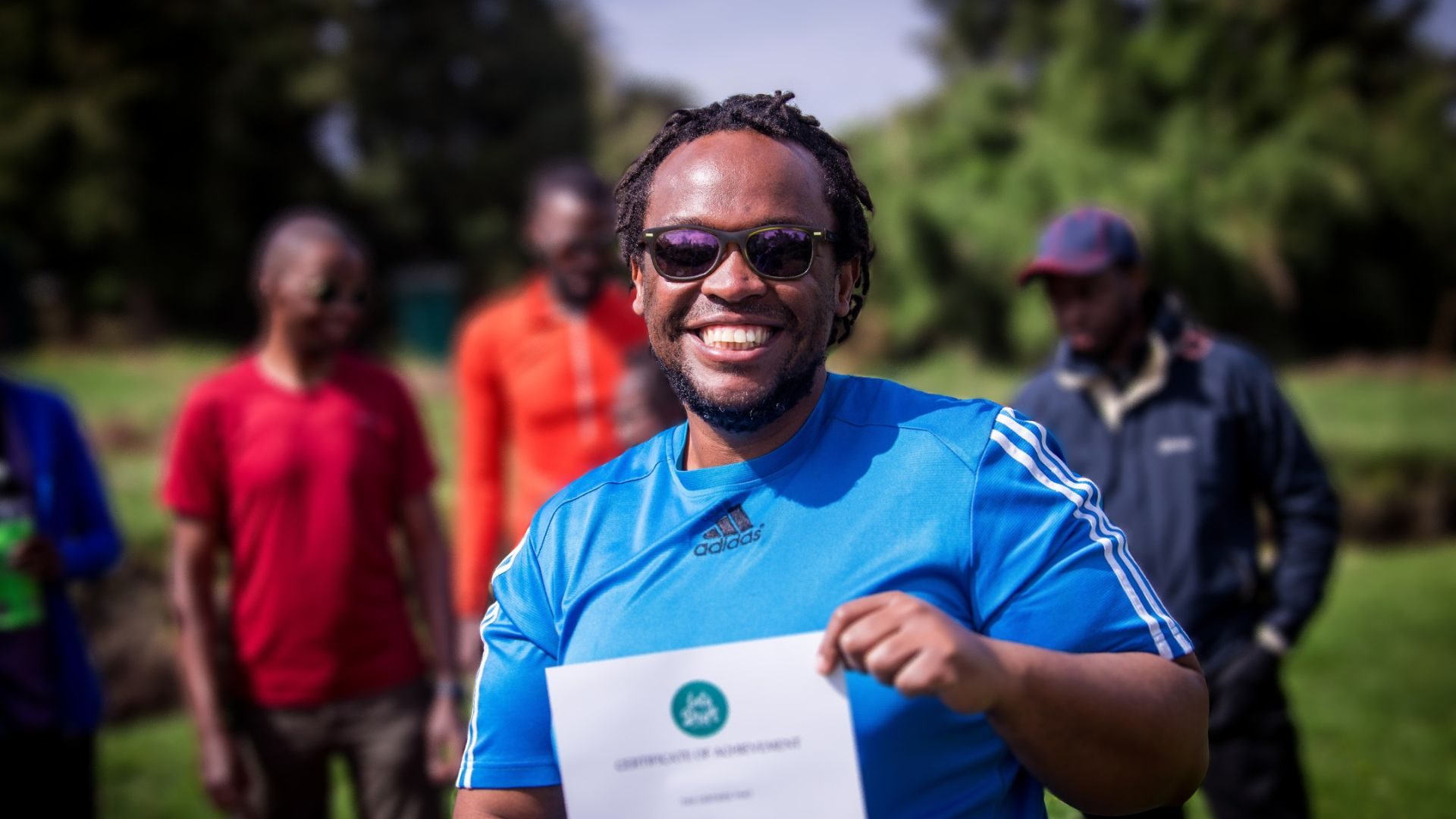 A Tribute to Paul

A Tribute to Paul Muchene

Paul as a hiker

I first met Paul on a hike at Aberdares Mt Satima. The hike that day was so difficult that I have no recollection of what happened.

I would later meet Paul on the hike, where we would most likely talk and bond more. It was the aftermath of the Facebook outage, during which Whatsapp and Instagram were unavailable for nearly a day. I recall him explaining what had caused the outage to me with the skill of an experienced internet engineer but the understanding of a five-year-old child.

Later on, we’d run into each other on other hikes, including a repeat of the Mt Satima trek that had first thrown me into a whirlwind of character development.

Those who have known Paul since the mountain knows one thing for certain: what you see is not what you get. He reimagined what people who enjoy hiking should look like. His was the true definition of perseverance.

When you join us for a hike in our community, you are expected to introduce yourself with your name and an adjective that begins with the first letter of your name. Paul was always referred to as Party Paul. When one of our members questioned him about the name, he always replied, “Life is a party.”

Paul as my personal cheerleader.

When I returned from Mt. Everest Basecamp in April this year, He sent me a message congratulating me on my progress and courage since the first time He met me.

Paul was kind enough to look for me amidst the huge crowd on August 31st during our Drift at 4 celebrations in Muguga, which was the last time I would see him, and shake my hand to tell me how proud he was of our growth.

My WhatsApp conversations with him are full of thoughtful conversations, including links to videos and articles he curated for me to watch or read.

As a member of our community, Paul

As an engineer with extensive internet experience, he was always proactive in reaching out to me with ideas on how to improve our website and user experience, sometimes even offering to assist in resolving some of the issues our website was experiencing.

He was a passionate advocate for our community. My favorite story is about a call I received one evening while resting in my house from a lady who wanted help preparing to go to Mt Kenya. As the call ended, I asked how she found out about Lets Drift and she told me she was hiking at Ngong Hills and a guy with so many badges on his backpack told him to call me, and I knew that was Paul.

On August 31st, at the same event I mentioned earlier, Paul won himself a special gift hamper after the moderator asked when our community was founded, and Paul was the only person among hundreds of people present who answered the exact month/year we began drifting.

Thoughts on Paul’s death on the Mountain.

When someone dies while climbing a mountain, such as Paul, there is always questioning and criticism. The majority of the criticism, I believe, stems from human insecurity.

The tragedy is relentless because no amount of heartache, wishing, crying, or sadness can bring him back. So, how do you feel about the risks he took? The very dangers that drove him away? Taking a risk is a judgment, and making decisions, often life and death decisions, with imperfect information is a judgment. It’s not math, it’s not 2+2=4, it’s imperfection.

We’ll never know what happened to cause his fall. And I’d argue that it doesn’t matter; being correct all of the time is simply impossible. It isn’t human.

All mountaineers/hikers are aware of this. Paul was well aware of it, and he accepted it. He ascended with it and died with it. This does not make it right or wrong, good or bad, selfish or benevolent; it is simply the stuff of life and adventure.

Every day in this life, we build this false security around ourselves, believing that we are in control of the world and that we will all live to be 90 and die peacefully, in our sleep, surrounded by loved ones. The world I’ve known has almost always been much more unpredictable, ruthless, and tragic. It is also lovely and inspiring, and we frequently celebrate both. But we push away what we don’t like, and we don’t like a tragedy when it’s real and personal to us. We prefer fabricated tragedy, whether on stage or on screen.

In an inherently tragic world, how do we live, be present, and deal with reality? How do we go out and hike or live again, knowing that our judgments are imperfect and will eventually be incorrect? And incorrect at a potentially high cost? We must acknowledge that the risk exists.

Only a genuine risk, in the words of a favorite author, has the reality of belief in it.

I consider myself fortunate to have known Paul. And the world is a better place because he lived his life the way he did. His zest for life was palpable. His vision was so expansive. His humility has grown in me in recent days. He was vulnerable with people, which requires uncommon strength and sensitivity.

Paul shaped our community and hiking for the better, I believe, by first seeing and then becoming what is humanly possible. In today’s fractious world, benevolent leadership by example appears to be rare. It is something that few people ever achieve. Paul was that kind of person throughout his life.

Thank you, Paul; we will never be able to repay you for living your greatness. 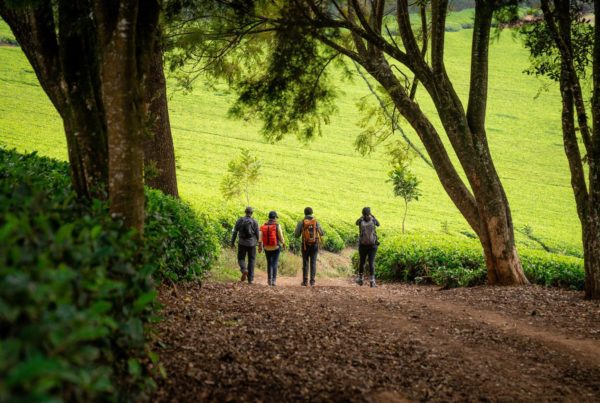 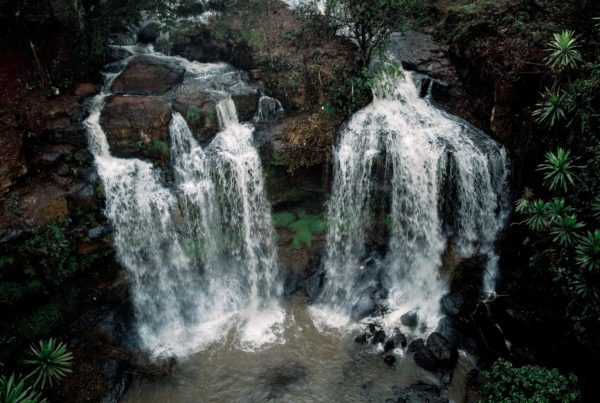 Reaching Across the Pipes in Thiririka

Beating the Path to Theta Dam